Re: Licensed Irish Professional and Qualified Riders who may be riding at the Cheltenham and Aintree Festivals

As is usual, with Cheltenham and Aintree just around the corner we thought it may be of assistance for all visiting Irish jockeys to know how we currently operate in certain high profile areas. These are Starting, Whip Use, Tired Horses, Remounting and By-Passing.

A slight variation for the two big meetings at the start is that the marker poles are positioned further behind the tape than is usual. For Cheltenham, there will be four Starters on duty, three of which will be assisting with the girthing up and helping where possible. On Grand National day there will be five Starters, four of whom will be girthing up.

The Starting Procedures which were introduced in October 2014, were designed to reduce the speed at which Riders approach the tapes and to give all horses a chance of a fair start have worked extremely well on the whole. Attached is a link to the relevant BHA Rules and a summary outlining our day to day procedures and which will be in use at Cheltenham and Aintree. You will note that Riders are asked to approach the tapes at no faster than a jig-jog and if the Starter is not satisfied, for any reason, with the manner in which the field approaches the Start on the first attempt, he will not start the race and will call the Riders to a standing start. Any Rider deemed to be in breach of the starting procedures, other than when a problem arises through no fault of their own, will be reported to the Stewards.

We appreciate that everyone is under pressure on these occasions but ask that jockeys comply with the starting procedures. Hopefully, by working together we can get races started at the first time of asking.

Moving on to Aintree, Riders have responded very positively to the new starting procedures. There were no problems with the start of the Grand National in 2015 or 2016, however, in 2017 the riders lined up before the Starter signalled for them to do so. It is vitally important that the Riders work together with the Officials to ensure that the start of this year’s race goes off without incident.

The Penalties for misuse of the whip are suspensions and, in certain circumstances, fines. The Rules are designed to protect the welfare of horses and the image of horseracing. The BHA guidelines on the use of the whip are attached, http://rules.britishhorseracing.com/_documents/guide_to_procedures_and_penalties.pdf (pages 22-25) as is a summary of the Rules/Penalties.

In recent years the need to pull up on tired horses has been raised during pre-race briefings. The Rules provide the Stewards with wide powers in enforcing this equine welfare requirement. The Rules state that a rider must pull up a horse which is lame or injured, or, where it would be contrary to the horse’s welfare to continue riding out because the horse has no more to give or is ‘tailed off’ through fatigue. This is in addition to the requirement to pull up if a horse has a problem which is materially affecting its performance. The penalties for breaching any welfare related Rule are significant.

If jockeys fall or are unseated during the race they may not remount their horse and continue in the race; if they do, the horse will be disqualified and their rider will be suspended for four days. If, after a fall or unseat, the horse is caught the jockey may ride the horse back to unsaddle only if he has been authorised to do so by a vet and the jockey has been assessed by a Racecourse Medical Officer or ambulance paramedic as set out in the Rules (B 46.2 and B 46.3). If a jockey rides back without his horse having been seen by a vet he will be suspended for four days.

Jockeys should report to the Clerk of the Scales in good time before racing as some will require assessment by BHA Medical Staff prior to racing and all will need to sign an Attestation Certificate. BHA Medical Staff will be available from 10.00am everyday and jockeys will only need to undergo this process on their first day at either meeting.

Jockeys must not carry any form of advertising on any part of their raceday clothing or equipment unless a Sponsorship Agreement has been lodged in advance with Weatherbys and approved by the BHA.

Furthermore, the posterior site (beneath the coccyx site) is the property of the Professional Jockeys Association and as such may only be sold by them as part of a group deal.

There will be a briefing each day before the first race which riders should attend (there are also separate briefings for the Fox Hunters’ Chase and the Grand National, which are compulsory) and I will be happy to answer any queries you or they may have during racing or beforehand by telephone or email. 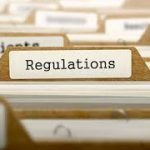 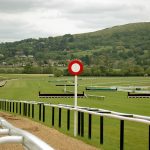