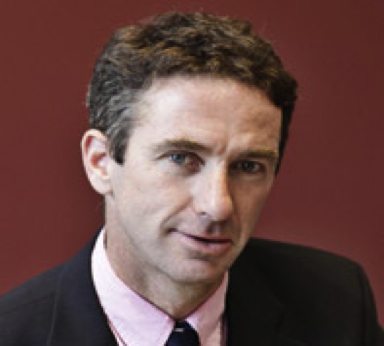 The Secretary to the Irish Jockeys Association is Andrew Coonan.

A former amateur jockey and now a solicitor by profession, Andrew Coonan looks after the jockeys in both capacities. His job is to ensure that jockeys have full representation within the industry and particularly at HRI and Turf Club level. His task is to ensure that jockeys are properly remunerated and that the welfare of all riders including safety is given paramount importance.

Because of the high risk of injury, financial security for riders is a constant concern. Andrew has overseen the setting up of the Jockeys Pension Trust and an income continuity scheme through the Jockeys Accident Fund which provides riders with a weekly income while injured.

In addition, the riders are supported by the Irish Jockeys Trust and the Jockeys Emergency Fund. The Emergency fund is one that Andrew was closely involved in the setting up of in the Jockeys Emergency Fund in 1998 following the horrific injuries suffered by Shane Broderick. This Fund now provides financial security for professional riders that have suffered permanent, total disablement in riding accidents, whereas up to that point no such fund existed. The Irish Jockeys Trust is a fund that is financed by deductions from Jockeys income, andconsider applications for support from licenced jockeys and retired licenced jockeys (and/or their families), where there is financial distress that has resulted from injury, incapacity or old age. If you would like to learn more about the Irish Jockeys Trust, just go to www.ijt.ie

Andrew has acted as Secretary to the Jockeys Association for a number of years and has overseen a huge number of improvements for professional riders during this time:

The Irish Jockeys Pension trust was established so as to provide a pension to “career” jockeys, and is funded by deductions from Jockeys fees. Andrew was heavily involved in its establishment, and to this day remains as a trustee of the fund. You can learn more about this if you visit the Jockeys Pension page.

Along with a number of other sporting bodies at the time, the IJA successfully lobbied for the introduction of the “Sportsmans tax relief” in 2002, which gives retiring, professional sportspersons a rebate of 40% of the tax they paid in their 10 best earning years. This move has provided many retiring Jockeys with the seed capital to begin a new career, and is one that the IJA has defended rigorously in the last few years when the Irish Government has sought to eliminate so may tax relief schemes of this type.

Under the current secretary, the IJA has gained Jockey representation on a wide range of decision making bodies in Irish Racing, and in this regard we now have rider input into the programming of races, development of professional education courses for riders, weight review procedures and are consulted by many racing representative bodies on all aspects of the industry that may affect them. Riders now have access to top medical care through orthapedic specialists, psychologists and addiction counsellors and dieticians.

Looking to the future, Andrew sees his role as to continuously improve welfare for riders and to ensure Jockeys are fairly represented in all decision making processes of Irish and International Racing.

Primarily, His role is to guarantee Jockeys can work in an environment where maximum safety systems are provided within the context of the dangerous job that they do. On a related topic, the facilities provided at some racecourses are still at a level well below that what professional sportspeople should expect, and we continue to work on our members behalf to bring in improvements at these courses.

The area of Media Rights is of significant importance, as it is essential that riders benefit from the increased revenue stream generated by a generous media rights agreement between racecourses and SIS. Under this agreement, Racecourses will receive in the region of €12 million per annum from SIS for the rights to broadcast Irish Racing.

In conjunction with the Irish Jockeys Trust, he is working to provide an enhanced system of educational support similar to the very successful JETS scheme in the UK for professional Jockeys. This would offer educational support for riders while injured or retiring so that they can utilise the knowledge they have gained in the racing world and in other aspects of life before re entering their chosen new career upon retiring as a professional Jockey.

The safeguarding of the Jockeys Pension and the expansion of both the level of benefit, and the number of beneficiaries entitled to the pension is a major objective for the association. Obviously, this is dependent upon the level of funding available to the Pension and Andrew continues to work towards the consolidation and increase in funding for the pension so that career Jockeys can be sure of a minimum sustainable income income on retirement.